When politicians make the wrong decisions, youth must take things into their own hands. “Make leaders followers” has become their slogan.

Young leaders from around the world were invited to the Young One World forum held in Zurich to tackle the world’s most urgent problems. PR work as well as conventional and digital advertising reinforced the intrinsic news value of the event. The media results exceeded all expectations: 188 million people were reached globally by more than 3 billion media impressions. 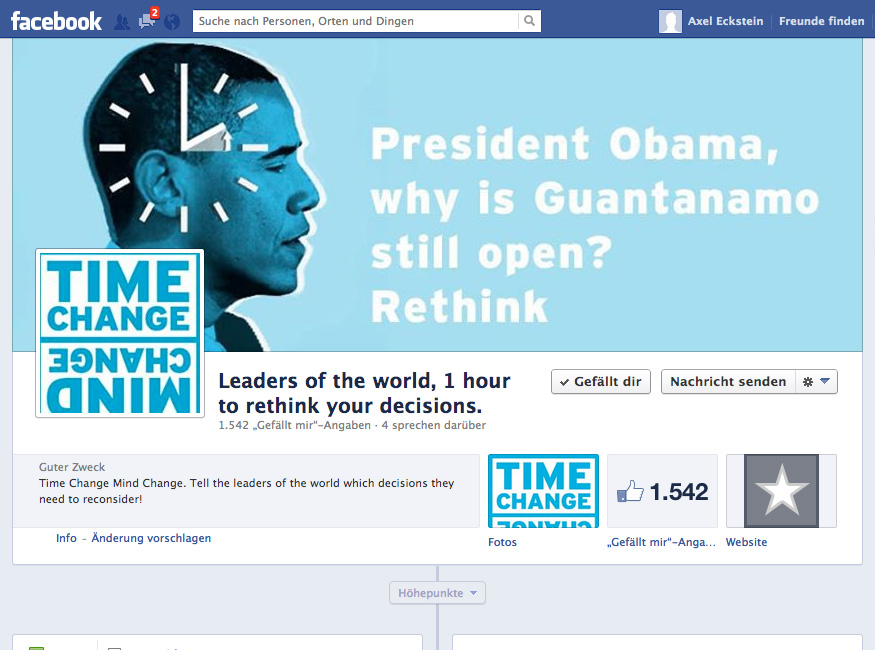 The switch to winter time was the perfect occasion for an global social media campaign. We asked young people to tell politicians how they could rethink important decisions during that extra hour.

Issues from more than 80 countries were posted on Facebook. All of them were printed out as a 12 meter long letter and sent to the most powerful of the world just in time for 30 October. 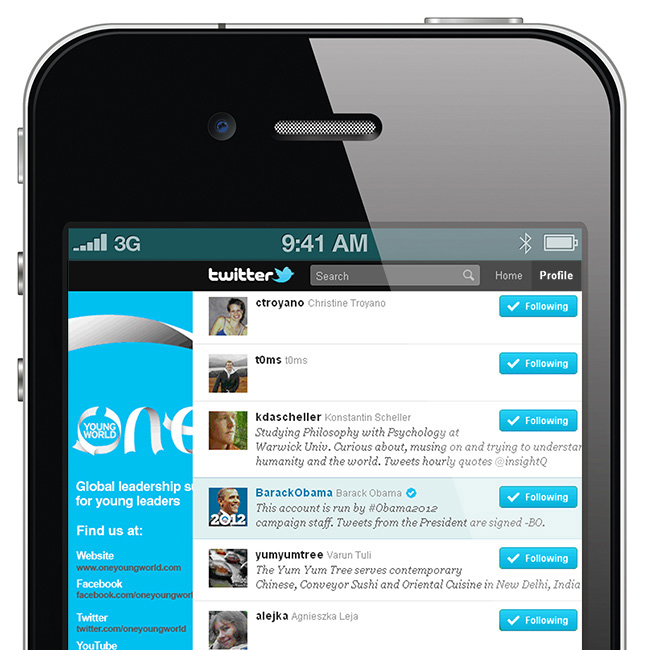 We convinced Barack Obama and other A-list politicians to become a follower of the world’s new leaders. Starting on Twitter. 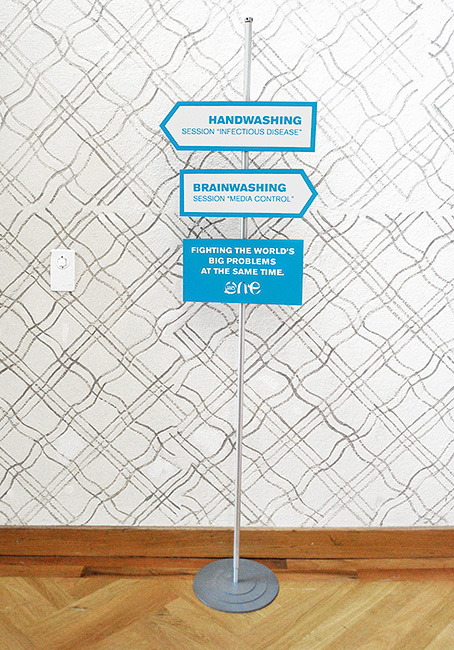 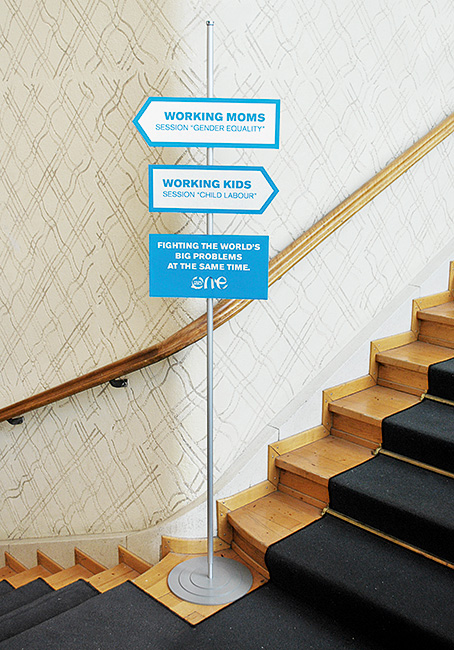 Signposts at the conference centre presenting the range of topics discussed by the world’s young leaders.